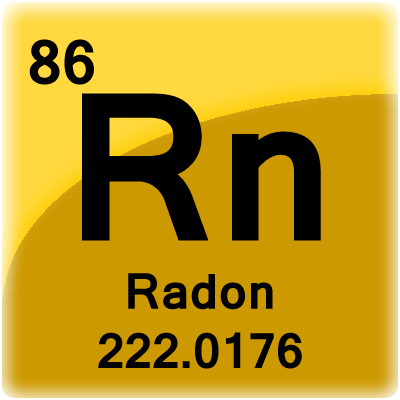 Radon is a naturally occurring radioactive gas produced by the breakdown of uranium in soil, rock and water. Due to the fact that the air pressure inside the building is lower than the pressure around the building’s foundation, radon is released through foundation cracks and other openings. Radon can also be present in well water and released when water is used for household uses. In this case, amounts released are at a much lower levels when compared to those released from soil.

The Environmental Protection Agency (EPA) recommends fixing your home if the results of tests show radon levels of 4 pCi/L (picocuries per liter) or higher. In order to have a clearer idea about the levels of radon in your home, you may want to look into having radon testing adminstered by professionals first, so you know how best to proceed. There are several methods that can be used to lower radon levels in your home. EPA generally recommends methods that prevent the entry of radon such as soil suction which prevents radon from entering your home by drawing it through pipe(s) to the air above the building where it is quickly diluted. Sealing cracks and other openings in the foundation is also a generally accepted approach to radon reduction.

In South Florida, and as per EPA, the Radon zones are as follows:

Broward County and Palm Beach County: Radon Zone 2 which is defined as low potential and have a predicted average indoor radon screening level of less than 2pCi/L

Miami-Dade County: Radon Zone 3 which is defined as moderate potential and have a predicted average indoor radon screening level of between 2pCi/L and 4pCi/L,